In an effort to provide the community with the most accurate answer to this question, we set up a simple submission form where people can report their drug test results. This study started in 2011, and since then, we’ve received thousands upon thousands of responses. With this data, we were able to design and patent the world’s only Marijuana Drug Test Calculator, which to date, has provided more than ten million calculations! Use it to determine your chances of passing your upcoming drug test. And don’t forget to visit our Data Analysis page for an overview on how this application was created along with what the most common factors are when it comes to passing a drug test.

As you probably know, tetrahydrocannabinol, commonly known as THC, is the primary chemical compound found in marijuana that is responsible for the euphoric "high" its users experience. It is an extremely hydrophobic (water fearing) organic compound that is metabolized and broken down by the body into about 80 different metabolites. Because of the hydrophobic nature of these metabolites, polar molecules like water can’t “stick” to and dissolve them, like they do when breaking alcohol down. Instead, these metabolites associate themselves with other non-polar compounds, such as alkanes, oils, and body fat – where THC is stored.

If you are trying to pass a marijuana drug test of any sort, it is important that you understand how long it can remain detectable in your body. As five of these metabolites, with THC-COOH being the primary one, are targeted by a multi-billion dollar drug testing industry that specializes in trying to make a buck off of invading your privacy at every corner. And make no mistake, they are very good at it. Unfortunately for those that use marijuana, it can take a considerable amount of time for these compounds to drop below detectable levels.

Smoking is the most common way of using marijuana for the general population. After inhalation, tetrahydrocannabinol (THC) quickly enters the blood stream through the lungs. With rapid circulation of the blood, this compound, in conjunction with a myriad of others, including CBD, act almost instantly on the human endocannabiniod system by interacting with CB1 and CB2 receptors located throughout the body.

THC has been found to be immediately detectable, with blood levels of THC reaching a peak at around 9.0 minutes into smoking. In the referenced study, it took between 3 to 12 hours for THC to drop below detection limits for the low-dose group and from 6 to 27 hours for the high-dose group of the study. However, the subjects of this study were not regular marijuana smokers, which explains why THC levels fell so quickly. 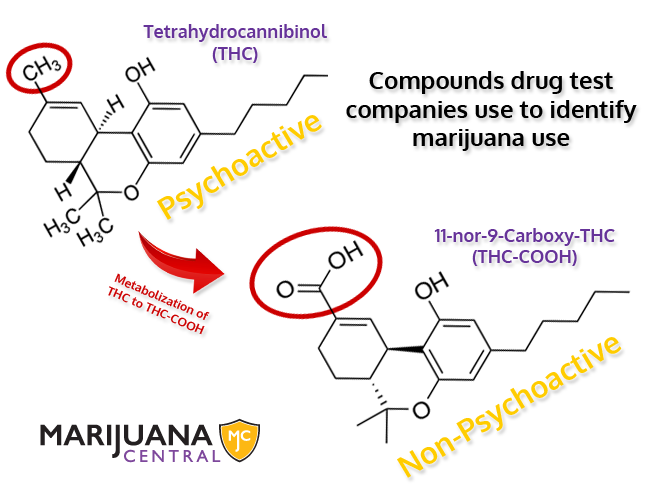 Generally, THC blood concentrations decrease rapidly after you finish smoking due to its fast uptake into tissues. However, it isn't uncommon for blood levels to remain high for several days in chronic marijuana users. It is estimated that your body eliminates 60-80% of these compounds within a few days, primarily through defication. However, THC is a non-polar, fat-soluble molecule, meaning that it's attracted to and easily absorbed by the lipid, fatty cells of the body. Studies show that THC is mostly stored in fat tissues and – with regular use – can remain several weeks. Over time, these fatty tissues leach THC molecules back into the blood stream, where the liver continues metabolizing them into non-psychoactive, THC-COOH derivatives for your body to pass.

Drug tests for THC in the body can be divided into two categories, historical use and present intoxication. Historical use includes the infamous urine drug test along with the hair follicle test. These tests almost always target the THC-COOH molecule, a non-psychoactive substance that has absolutely nothing to do with a person's level of sobriety; used only to determine if someone used the substance in the past, regardless if use was during personal time.

To detect present intoxication, the blood serum and saliva tests are typically employed. These tests indicate whether or not active THC molecules are present, therefore being an indicator of "being impared," despite the users' level of tolerance (note: marijuana is not alcohol, therefore marijuana tolerance is not comparible to alcohol tolerance). These types of tests are supposed to be accurate to within a couple of days, but that is under heavy scrutiny. For instance, it can literally take days for a healthy, chronic marijuana user's THC levels to drop below 5 ng/mL of blood. Five nanograms of THC per mililiter of blood being the poorly researched DUI limit that a group of circle jerking lawyers pulled out of a German study and slapped into law books in Colorado and Washington. Here's an excellent article covering the DUI background of what's going on in Colorado.

Below is a breakdown of the methods through which THC metabolites are tested. 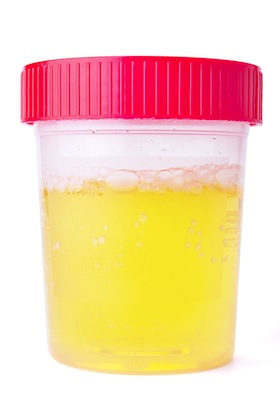 This is the most commonly used drug test. The test is quite easy and all that is required is a sample of urine by the subject for the test to be carried out. The sample is first taken to the laboratory then screened under a threshold sensitivity level. If the targeted metabolites of the test are found to be below the national standard of 50 ng/mL, then the sample is marked negative and you pass the test! However, if it's higher than 50 ng/mL, then the sample is tested a second time for confirmation.

The second test is conducted with the use of more advanced equipment. Typically, a Gas Chromatography/Mass Spectrometer (GC/MS) is used. This test is analyzed under a threshold of 15 ng/ml, which makes the result very accurate. If the sample is higher than this, then "Test Positive for Marijuana" is reported.

How long is THC detectable in urine? If you are a chronic marijuana user, THC can be detected in your system using a urine test for up to 12 weeks depending on the quantity as well as frequency of use. Note that if you just used marijuana once and stopped, you can still test positive to a drug test.

Though hair test is more accurate compared to the other tests, it is relatively expensive and not reliable especially if a person only used marijuana once in the past. Well, with the rise in crimes and issues about legalizing marijuana, more and more companies are using the test. This is because the test can be used to detect the use of marijuana even months later on. Just an inch of hair from a person’s scalp is all specialists need for the test. Also, hair from any other part of the body can still be used. This includes hair from the pubic area, arms and legs. 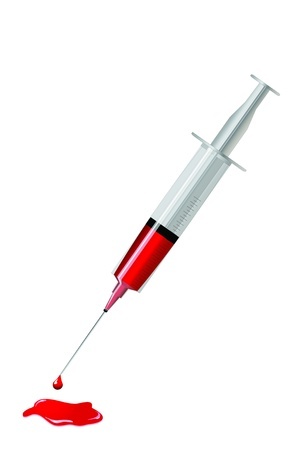 This is yet another test used to detect current usage of drugs such as marijuana. It also helps to investigate car/work accidents.The only difference between the saliva and blood test is that blood tests are more common than saliva tests, which are not fully established. For a single use of weed, the blood test can produce positive results for 6-24 hours. This is so unfortunate especially for people who are used to marijuana. Worse yet, a blood test can still produce positive results for up to 7 days.

Despite the fact that the above tests are likely to detect weed in your system, truth is that it is not easy to tell after how long THC metabolites can be detected in your system with absolute analysis due to the fact that there are numerous variables likely to affect the results. It is for this reason that the table below was created to clearly show how the drug test calculator works.

This is the newest test for marijuana usage and hence not commonly used. Usually, it is used to investigate car and work accidents. This is because the test can detect whether a person is under the influence of marijuana or not. A saliva test can produce positive results within the first 24 hours of its usage.